Redesigning a Workspace for Safety and Success

See how creating a safe and healthy workspace has helped this real estate company continue to thrive.

Rogers Healy and Associates is a Dallas-based real estate company with global reach, representing billions of dollars in property sales worldwide. As the largest independently owned real estate brokerage in North Texas, their people-centered approach to business starts with a strong commitment to creating a positive culture for their team.

Like so many businesses, Rogers Healy and Associates had to rethink their approach to workspace while maintaining their culture amid the challenges of the COVID-19 pandemic. In 2018, Rogers Healy partnered with Vari in designing and furnishing their open office to create a dynamic, collaborative workspace that maximized density to accommodate a growing team of hundreds of employees. However, when the COVID-19 pandemic arrived, owner and CEO Rogers Healy decided it was safest to transition his whole team to a full-time work-from-home model. Months later, when he decided to try to bring his team back into the office, he knew he would need to rethink his approach to workspace design to make it safer without sacrificing the energetic and positive atmosphere that his company culture was built on.

A space plan to help maximize density while allowing for safe social distancing.

The new office design needed to comply with CDC-recommended guidelines and best practices while making use of the Vari furniture they already had. The solution had to retrofit the space for the “new normal” using products and design techniques to add barriers and allow for safe social distancing. “The number one focus for people like me and other leaders in the world of business … was safety”, said Healy. “From closing our office down to literally retrofitting the entire office space … it was all thanks to Vari that we could open back up.” Thanks to their existing relationship, Healy knew he could count on the expertise of the workspace professionals at Vari to help him plan, design, and furnish his headquarters for his team’s safe return. First, by reconfiguring their layout and changing to a “hoteling” system where employees reserve desks and conference rooms by appointment only, they were able to reduce occupancy and, according to Healy, improve employee focus and productivity. Then, they added barriers around existing desks with acrylic privacy panels and put return desks between workstations to create the recommended six feet of social distancing.

“We went from having a very casual open office layout where we could probably house anywhere between 60 and 80 salespeople … to a more strategically designed, a more professionally laid out, and a safer environment,” said Healy.Since returning to the office, Rogers Healy had the highest retention rate they’ve had in 15 years and the highest per agent production of any company in North Texas. Healy attributes that partly to his new approach to workspace and his collaboration with Vari, saying, “I would not be standing in my office if it was not for the expertise that the Vari team has and how comfortable and easy they made it for someone like me, who's been in business for 20 years.” He also believes the new space has allowed him to maintain the positive culture that his company’s success relies on: “Since we've been back, … everyone has been so appreciative of the safe and comfortable feeling we've had at our office where we still have the core feeling of feeling collaborative, feeling like a work family.” 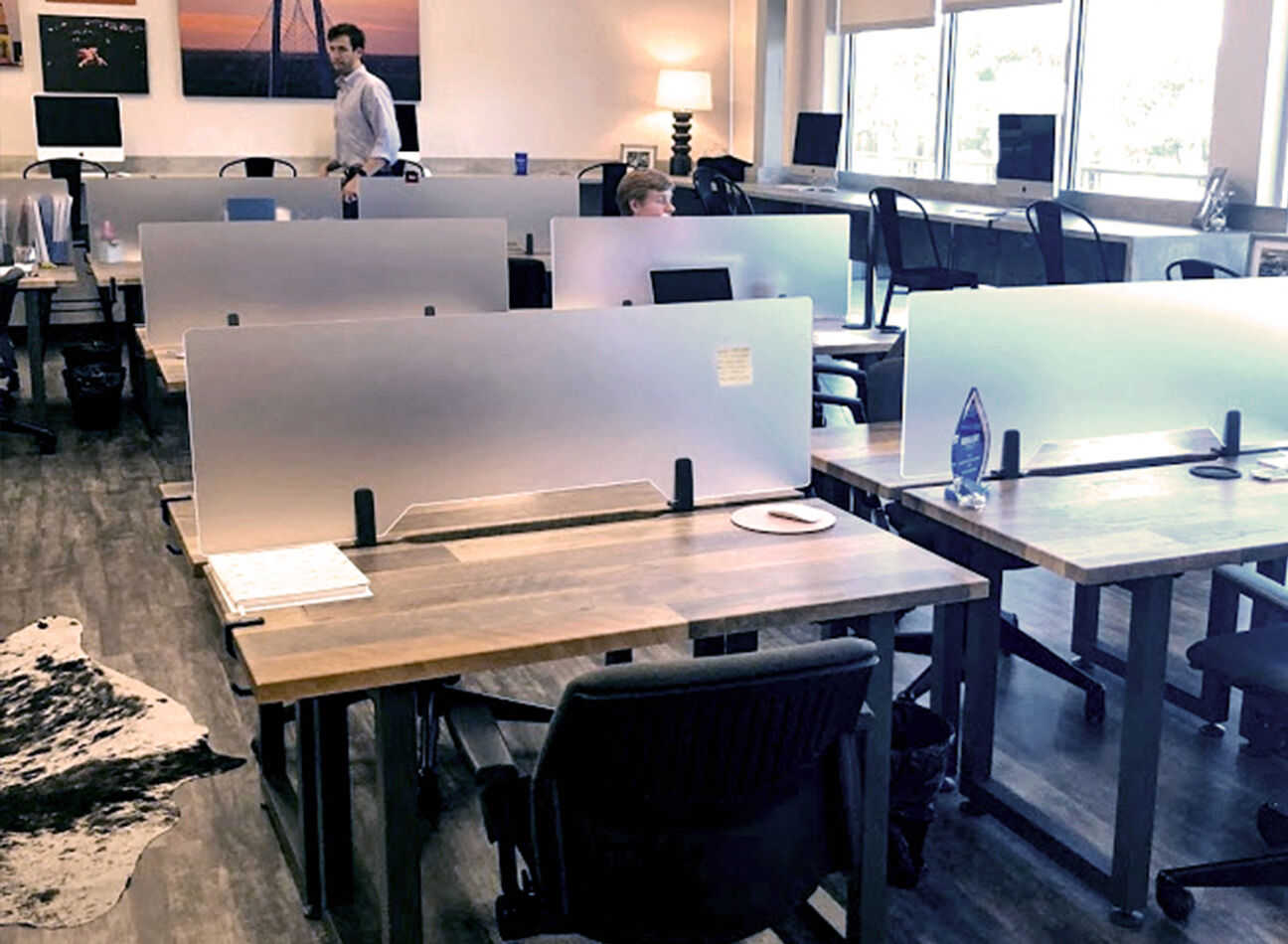 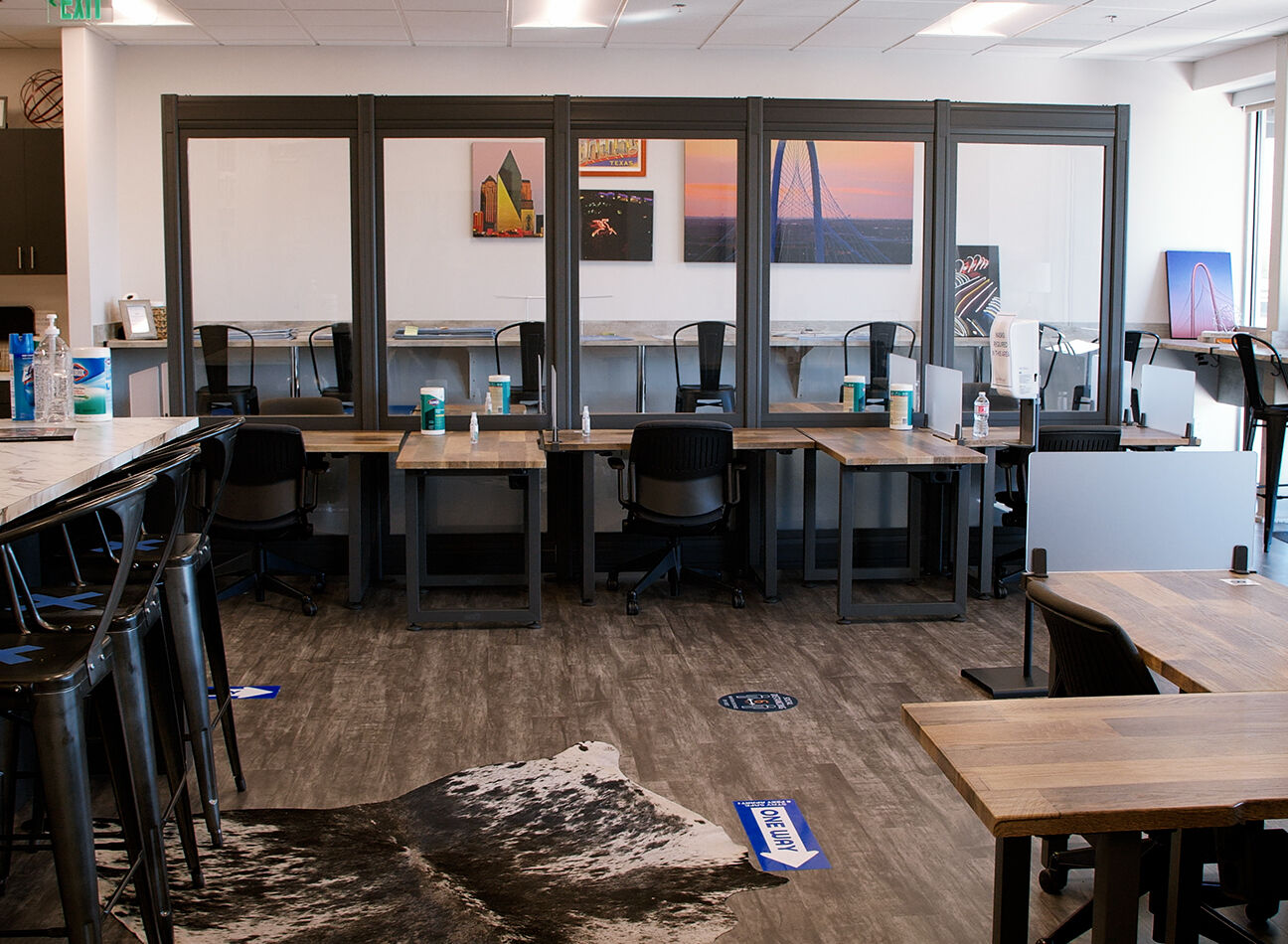 Get a Free Space Plan

Some of our customer favorites, from desk solutions to accessories and more

What Our Fans Have to Say

"An environment like this that looks open and fresh and clean and innovative is a place that creative people want to work in."

“We’re going to get the best talent out there because it feels like the best workspace available.”

"Anything we needed, the Vari team would think ahead for us. They over delivered."

"Vari had all the different types of furniture that complemented exactly what we were trying to do in the environment we wanted to create."

"We don't want [employees] to be sedentary...an employee that has more energy is going to be a more effective employee, and it's going to keep your healthcare costs down. When they're healthier, they're happier."

"Making the decision to go with Vari has really increased our engagement with our employees."

Sign up for our newsletter and get the latest resources and product news.